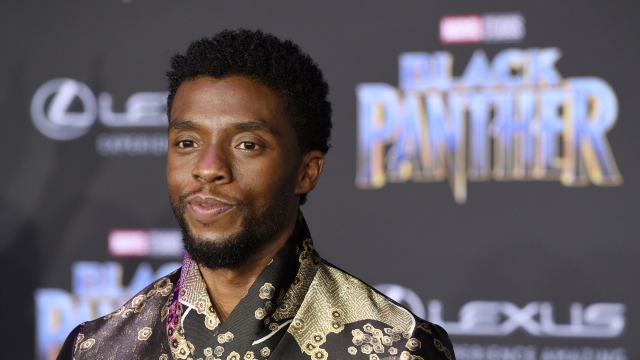 The late Chadwick Boseman received an award Sunday at the 2020 MTV Movie and TV awards.

The actor received the "Hero of the Ages" honor.

The award recognizes stars who are heroes on and off the screen.

It was presented by Don Cheadle and Robert Downey Jr.

Both actors played characters in the Marvel Universe.

Robert Downey Jr. said, "There was something different and special about Chadwick Boseman."

And Don Cheadle said, "Each time he stepped on the set, he inspired and influenced everyone there and with every role, he created a new legion of fans. He had an incredible ability to unify people, in their love for his work and their respect for him as a person."

Boseman died at the age of 43 from colon cancer. He was best known for his role as the Black Panther.