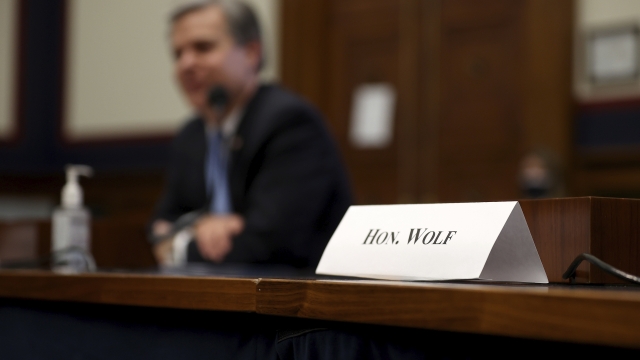 Acting Homeland Security Secretary Chad Wolf has defied a subpoena to testify at a House hearing on threats to the United States.

Wolf's chair was empty when the hearing started Thursday morning.

Democratic Rep. Bennie Thompson said the proceedings will continue as planned, with or without Wolf.

"Mr. Wolf may attempt to evade oversight and the department may try silly stunts to distract from this hearing, but we will not waiver. The stakes are just too high," said Rep. Bennie Thompson.