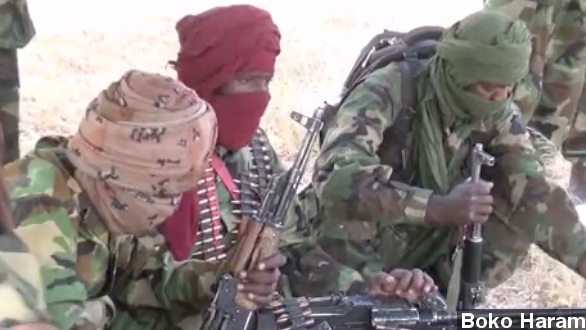 Boko Haram's new alliance with ISIS could be a game changer. A day after the Nigerian terrorist group pledged its loyalty, Niger and Chad launched a major military offensive against it.

The ground and air operation from Chad and Niger got underway Sunday — reportedly taking place along the Niger-Nigeria border.

Nigeria has been fighting Boko Haram on its own for about six years, but the country's underfunded and under-armed military has struggled to contain the militants. (Video via Channels TV)

And in recent months, Boko Haram has proven it poses a threat beyond Nigeria's borders. The militants have stepped up cross-border attacks.

So last month, Nigeria's neighbors pledged a joint force of 8,700 soldiers to take on the militants, who now control an area about the size of Costa Rica.

According to the U.S. Council on Foreign Relations, more than 10,000 people died in Boko Haram-related violence last year. About 1 million Nigerians are seeking refuge from the terrorists in neighboring countries.