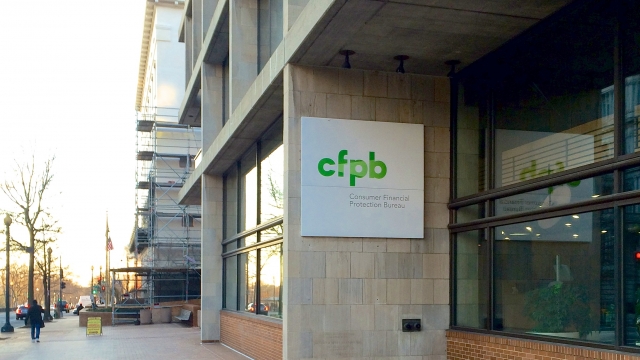 SMS
CFPB To Roll Back Payday Lending Consumer Protections
By Ahmed Jawadi
By Ahmed Jawadi
February 6, 2019
​The agency is proposing to roll back a rule that would've required lenders to make sure borrowers could afford to repay their loans.
SHOW TRANSCRIPT

The U.S.' federal financial watchdog said Wednesday it plans to roll back most of its consumer protections governing payday lenders.

A statement from the Consumer Financial Protection Bureau said the agency was "proposing to rescind certain provisions" of an Obama-era rule that would've required lenders to make sure borrowers could afford to repay their loans. Another provision to limit the number of payday loans a person could roll over is also up on the chopping block.

The CFPB said rolling back these provisions would "increase consumer access to credit." But critics argue that's why these provisions should exist, so that consumers aren't susceptible to getting caught in a debt cycle. They also say the federal agency is siding with an industry that it's supposed to regulate.

Millions of Americans take out payday loans each year from websites and about 14,000 storefront locations. The loans are usually cash advances on a worker's paycheck and carry a flat fee or low interest rate. But costs can skyrocket if the loan isn't quickly paid off, with some having annual interest rates as high as 400 percent.