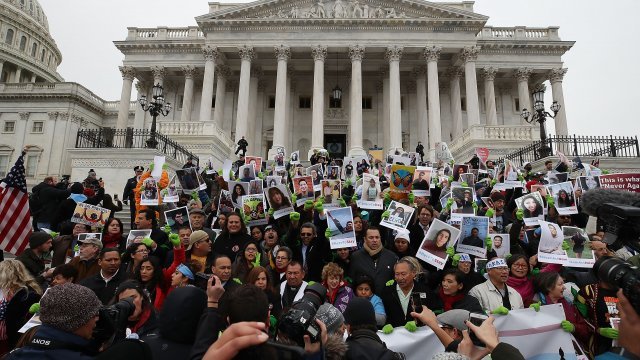 The CEOs of over 100 major companies are asking Congress to pass legislation by next week that protects "Dreamers," undocumented immigrants who came to the U.S. as children.

Companies including Amazon, Facebook and Apple all voiced concerns over ending the Deferred Action for Childhood Arrivals Program, or DACA, calling it an "impending crisis for workforces across the country."

On Tuesday, a judge temporarily blocked the Trump administration from ending DACA, but the Department of Justice plans to appeal.

The companies are asking Congress to reach a decision by the government shutdown deadline of Jan. 19.