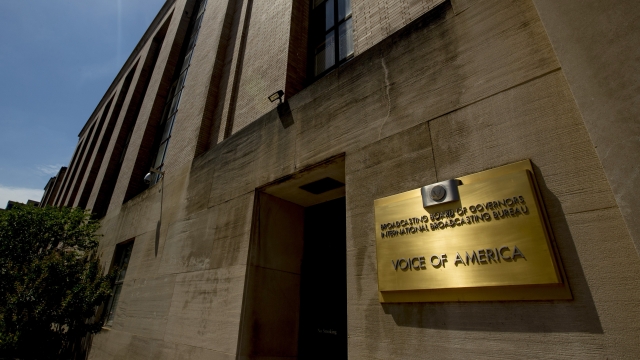 Six senior Trump administration officials are blowing the whistle on the chief executive of the agency that oversees the state-run Voice of America network. The six officials were all placed on administrative leave in August pending an investigation.

The 32-page complaint was filed with the State Department on Wednesday. The officials allege Michael Pack, the CEO of the U.S. Agency for Global Media, violated federal law and abused his authority. They say he accused them of delaying his confirmation to the position because they were a part of the so-called "Deep State."

But perhaps the most notable detail in the report is that Pack or one of his aides allegedly ordered senior USAGM officials to research the voting histories of agency employees. That research was to be "utilized in evaluation of career civil servants' abilities to carry out the duties of their positions."

It says seniors officials were also being told to withhold congressionally-appropriated funds from the USAGM's Office for Cuba Broadcasting. Other complaints accuse Pack of making decisions that limited the ability of USAGM journalists to report safely and independently, especially in the field.

In an unsigned statement to Politico, the USAGM said: "The allegations listed in the complaint are without merit and completely false. All actions taken by the U.S. Agency for Global Media are in accordance with the law."