Central American Children Will Reunite With Parents In The US 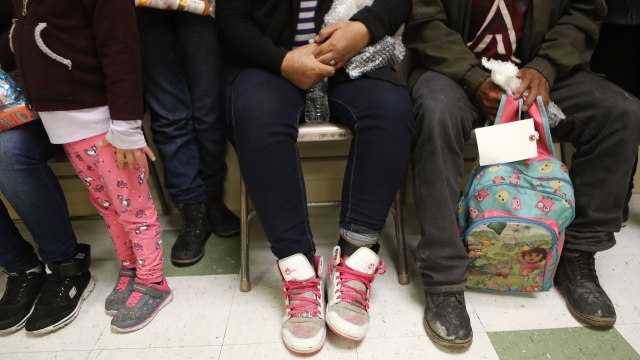 Thousands of Central American children will be reunited with their parents in the U.S., according to a federal court settlement on Friday.

The lawsuit was filed by the families of children who had been approved to enter the U.S. before the Trump Administration ended the Central American Minors program.

That program was established by the Obama administration in 2014 to help reunite children living in El Salvador, Guatemala and Honduras with their parents, who have protected status in the United States. Usually, anyone who wants to apply for asylum has to make a dangerous trek to reach the U.S. border. This program allowed the children to avoid that danger by applying from their home country.

A week after his inauguration, President Trump signed an executive order that temporarily halted the program. It officially ended seven months later. Around 2,700 children who had been conditionally approved were in the final stages of the process when the program ended.

In December, the judge decided it is illegal to keep the children from entering the country. Friday's settlement says the government must continue where it left off and complete the final stages of processing, which is expected to take a few months.