Census Bureau Asks States For Data, Including Details On Citizenship 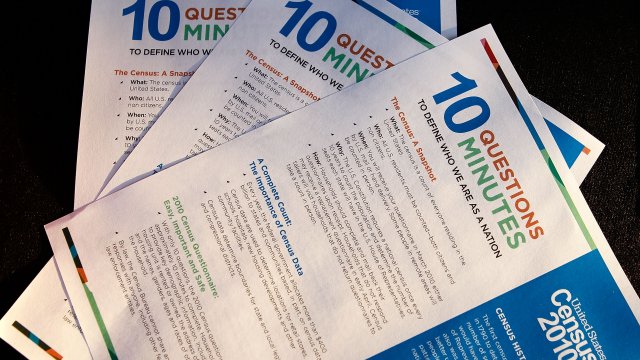 The Census Bureau is seemingly finding a workaround to gather citizenship data. It's asked states for two things: driver license records and information on who receives government assistance. Both requests tend to include information on citizenship, and both requests have raised red flags.

Civil rights advocates think the Bureau's move could dash Latino participation in the 2020 population count. The population count determines three major things: - How many congressional seats a state gets - How much federal money a state receives- And how to redraw state and local electoral maps

Experts argue drivers' license records are notoriously inaccurate.They also think requesting information on government assistance is oddly repetitive.A former census director in the Obama administration said the agency already has "a number of ongoing programs where they reach out to states for various data.”

According to the Associated Press, the Census Bureau released a statement saying it started requesting records in 2016 to help gather information for the 2020 census. It didn't say why it asked for drivers' license records or state administrative records.

But the timing of the Bureau's requests intersects with the Trump administration's push to solidify citizenship as a main factor in the 2020 census.  The Supreme Court ruled against the effort in June, by saying a specific citizenship question can't be on the census questionnaire.

President Trump then signed an executive order in July involving the Commerce Department, which oversees the Census Bureau. It requires the agency to collect information on citizenship from both federal agencies and state records.

As states determine how to respond to these requests, bureau officials set a deadline. They said they'll decide how the agency will track citizenship by March 31. The deadline comes a day before the 2020 census count begins on April 1.