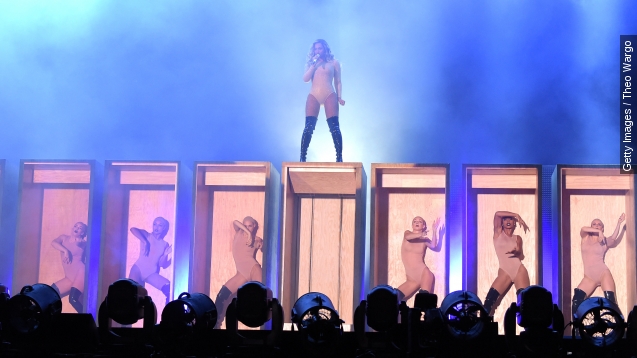 The Global Citizen Festival in New York City on Saturday was a really big deal. It hosted some of the biggest celebrities and public figures in the world — all in the name of charity.

It also dominated the headlines and had an impressive slate of partners, including Gucci, Citi, Google, YouTube and iHeartRadio. Performers included Beyonce, Ed Sheeran and Coldplay.

But all this really begs the question: What is the Global Citizen Festival?

The free event in Central Park was created by the Global Poverty Project in 2012. The festival is linked with the launch of the United Nations' global goals, which aim to fight inequality, climate change and extreme poverty. (Video via United Nations)

"We can be, we must be, the first generation to end extreme poverty," several public figures say in a promotional video for the initiative.

The only way to get in to the festival is by completing eight "actions in the action journey," which are initiatives that aim to end extreme poverty by 2030. By the end of the night, over 92 million actions had been taken. (Video via Global Citizen)

New York Daily News reports one couple wanting to earn some tickets emailed the president of Zimbabwe. According to the U.N., the country's poverty, child labor and gender disparity have increased school drop-out rates there.

As the activism of the 60,000 fans created some hardcore social media interaction, they were rewarded for their efforts.

Naturally, that was an entity unto itself. Bey brought out Ed Sheeran and first lady Michelle Obama, sending the Bey-hive into a frenzy. We absolutely need Bey and Ed's "Drunk in Love" collab to be released as a single.

Pearl Jam closed out the night by asking Beyonce to come back on stage for a cover of Bob Marley's "Redemption Song" — which is just an unreal combination to consider.

Even public figures stepped on stage, like prime ministers from Norway and Sweden; Vice President Joe Biden and his wife; Stephen Colbert; and Leonardo DiCaprio — by the way, welcome back from the lumberjack life, sir. Thank you for shaving.

Tom Cruise’s daughter, Suri, also made an extremely rare public appearance with her mom, Katie Holmes. The world — and especially the fashion world — is  fascinated with the 9-year-old, so we are so grateful to see her looking as chic as ever.

But maybe the most moving moment of the night came when Nobel Prize winner Malala Yousafzai came on stage with women from conflict zones around the world.

"No world leader would want their children to be deprived of education, so why do you ignore the rest of the world's children?" she asked.

Obviously, this concert is won't fix the world’s biggest problems, but based on the social media impact alone, it brought a lot of attention to some great causes.