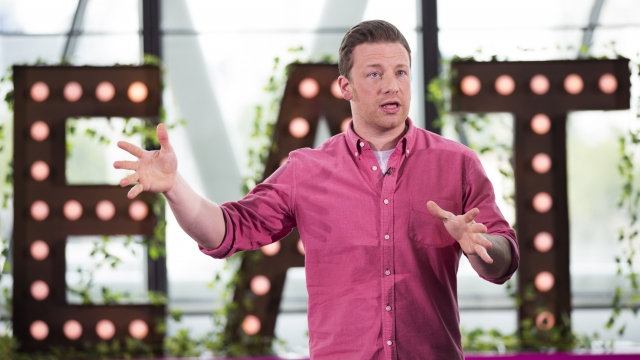 Oliver tweeted, "I am deeply saddened by this outcome and would like to thank all of the people who have put their hearts and souls into this business over the years."

It will be up to the administrators to decide if any of the more than 20 restaurants affected by the move remain open. The majority of those are branches of his Jamie's Italian chain.

Oliver's been a fixture on British television for 20 years and has authored more than 30 cookbooks. He attempted to save the restaurant chain from bankruptcy in 2017 by pouring in almost $16.5 million of his own funds.

But Jamie's Italian still struggled. It closed 12 of its U.K. locations last year, affecting some 600 employees.

Jamie Oliver restaurants that are run by franchisees instead of his restaurant group are not affected by the bankruptcy.