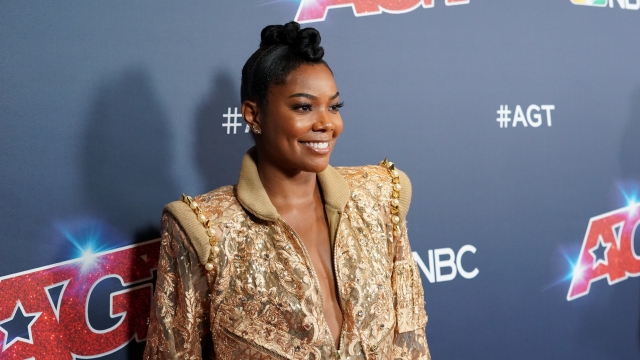 Gabrielle Union was a judge for "America's Got Talent" for just one season, and her departure was controversial.

Celebrities are speaking out in support of Gabrielle Union after her departure from NBC's "America's Got Talent" became a point of controversy.

Union was a new judge for the reality show's most recent season, but she is not returning for the next one. A report from Variety implies NBC decided not to extend Union's contract because of her complaints about a "toxic culture" at the show.

Sources told Variety that Union had flagged some racially insensitive comments and performances to the show's producers. The outlet also says Union was told her changing hairstyles were "too black" for the show's fans.

"Grey's Anatomy" star Ellen Pompeo said, "It's unfortunate that @nbc the same network that protected disgusting men like Matt Lauer and punished women for speaking out or not putting up with it...has not changed their practices or culture."

"Will and Grace" star Debra Messing echoed Pompeo's comments, tweeting: "This is disgusting behavior from a network that has been my professional home for decades. Yes, women become 'difficult,' when their insistence on a respectful and professional working environment, is ignored."

Other celebrities, including Ariana Grande, Lin Manuel Miranda and Union's husband, Dwayne Wade, have also spoken out in support.

In a statement, NBC and the production company behind "AGT" said the show's revolving door of judges contributes to its success. It also denied accusations of a negative environment on set, saying "'America's Got Talent' has a long history of inclusivity and diversity in both our talent and the acts championed by the show."