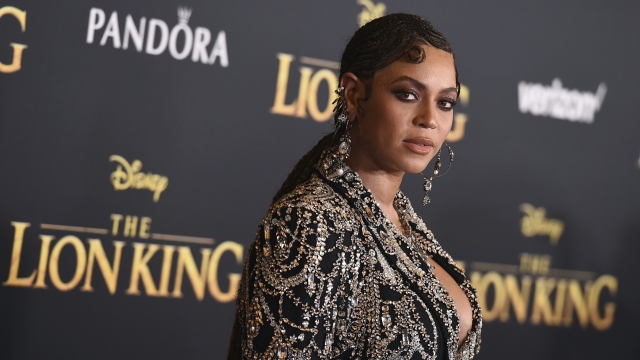 Some are calling for action on social media while others are donating bail money for protesters who've been arrested.

As people across the world come together to protest the death of George Floyd and police brutality, celebrities are joining in with rallying cries of their own.

"If you're white, black, brown, or anything in between, I'm sure you feel hopeless by the racism going on in America right now. No more senseless killings of human beings. No more seeing people of color as less than human. We can no longer look away," Beyoncé said in an Instagram video.

"It's not enough to just say 'It's so terrible.' We can't tolerate hate crimes perpetrated by authorities in this country. We need to speak up and say 'That will not happen on my watch,'" Oprah Winfrey said.

"That's not enough to just say 'It's so terrible.' We can't tolerate hate crimes perpetrated by anybody, by authorities or anybody in this country. And until we're all willing to speak up and say 'That will not happen on my watch,'" Oprah Winfrey said.

Others called for action in social media posts, sharing petitions for their tens of millions of fans to sign and listing resources on ways to help the Black Lives Matter movement.

Chrissy Teigen, Steve Carell and Janelle Monáe are just some of the celebrities who've donated bail money to protesters.

"This is our America!"

And some, like Halsey, Timothée Chalamet, Tessa Thompson and Nick Cannon, joined protesters over the weekend and documented their experiences online.

Athletes are speaking out, too. Serena Williams and other current and former tennis players protested racism in a challenge called "Racquets Down, Hands Up."

Basketball superstar Michael Jordan urged the public to stand together, saying, "Every one of us needs to be part of the solution, and work together to ensure justice for all."

And European soccer player Jadon Sancho revealed the message "Justice for George Floyd" written on his shirt after scoring a goal Sunday.