Celebrities Encouraged To Wear White Roses To The Grammys 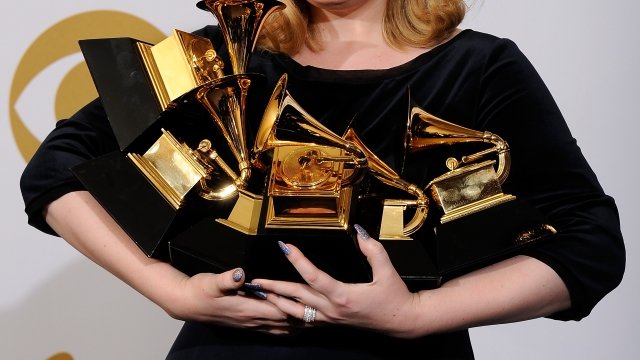 SMS
Celebrities Encouraged To Wear White Roses To The Grammys
By Katherine Biek
By Katherine Biek
January 25, 2018
This comes after most actors and actresses wore black to the 2018 Golden Globes to protest sexual misconduct and workplace inequality.
SHOW TRANSCRIPT

Celebrities reportedly want to keep drawing attention to the Time's Up initiative at the Grammy Awards on Sunday.

People reports a group called Voices in Entertainment is encouraging attendees to wear a white rose to the event.

In a letter sent to members of the music industry, the group said, "We choose the white rose because historically it stands for hope, peace, sympathy and resistance."

Billboard reports both Kelly Clarkson and Halsey plan to support the demonstration in some way.

The white rose initiative comes after most actresses and actors wore black to the 2018 Golden Globe Awards to protest sexual misconduct and gender inequality in the workplace.