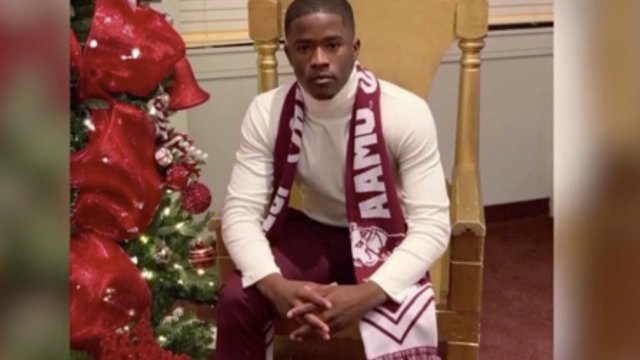 Day was last seen Aug. 24 in Bloomington, Illinois. His body was found in the Illinois River more than 60 miles away.

With many questions unanswered, Jelani Day's family, friends, classmates and community gathered to honor his life.

"We cannot replace brother Day, but we can show how big his love is for you."

The service packed out the auditorium at Danville High School, where Day graduated before going to Alabama A&M University and Illinois State for grad school.

For this small Illinois community, the grief over Day's mysterious death spread far and wide.

"We get so much negative feedback. African American young men. This was a young African American man that was moving. He had a bright future. And it's devastating that it was taken away from him. So as a community, it broke us."

The future speech pathologist touched so many lives here, and many of those people offered their condolences, including the old classmate who inspired his career path.

"Jelani told my parents he wanted to become a speech therapist because of me."

But hanging over the service are questions — and a community calling for answers.

His body, found in the Illinois River more than 60 miles away, was identified by authorities a month later.

The six different local agencies investigating his death have not publicly identified a suspect or any new leads.

Jelani Day's family is calling for federal authorities to take over the investigation.