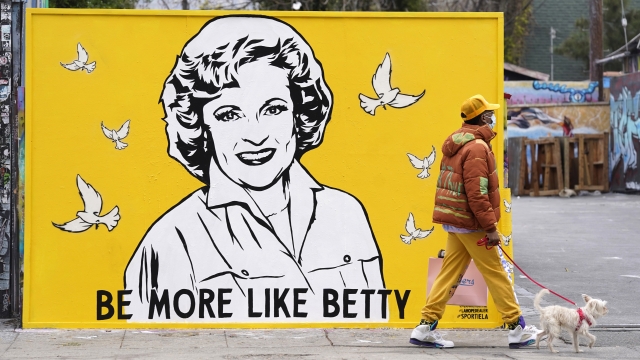 In honor of comedy legend Betty White, the #BettyWhiteChallenge has taken off and gone viral. It ends Monday — White's 100th birthday.

"The Betty White Challenge is going really good," Animal Care League executive director Kira Robson said. "We are having a lot of fun with it."

White's career spanned more than seven decades from The Mary Tyler Moore show to The Golden Girls to Saturday Night Live. She's a pioneer too. She was one of the first women to produce TV in the fifties.

But she was also known for her love of animals which sparked the challenge — give $5 to your local animal shelter. Donations have been pouring into various shelters across the country including in her hometown of Oak Park, Illinois.

"My goal is just to really celebrate her life and her love for animals through people helping our homeless animals," Robson said.

The Animal Care League says they've seen an uptick. They've raised $2,000 so far and it's more than just donations. Robson says some are considering adopting as well.

Kenneth Tallier works with animals at the Nashville Humane Association, which also saw an increase in donations. He's also a fan.

"I think Betty would be looking down and seeing everyone doing all of this good in her honor and really smile. It's my opinion," he said. "She used her celebrity for the animals that can't speak. For lack of better words... she's truly golden."

White died on Dec. 31, 2021 and her mission to help animals will continue on.