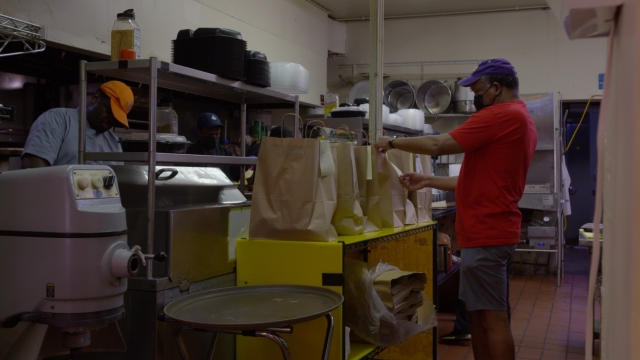 Craig Richardson, owner, Batter & Berries: "Just to be able to recognize today and bring more attention to it. Hopefully this will be a start of a movement to garner more attention. As time goes on, as years go on, maybe, who knows? Maybe it'll become one of the more recognized holidays."

Juneteenth is important because it signifies the freedom of the last remaining slaves in the U.S. On June 19, 1865, 250,000 Black people were freed in Galveston, Texas, two years after Abraham Lincoln signed the Emancipation Proclamation.

This is the first time Batter & Berries is participating in a Juneteenth event, and owner Craig Richardson didn't want to miss it. 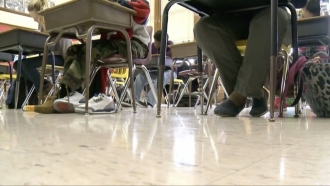 WTKR: Virginia Parents Plead For Juneteenth To Be Taught In Schools

Richardson: "I think it's important. I think we're at a point in time right now with everything that's going on country that people are really starting to take a deeper look at race in this country and its history and origins, and where we are today."

After the killing of George Floyd, protesters demanded police reform — but those protests have also spotlighted other racial inequalities. For example, minority-owned businesses are approximately three times as likely to be denied loans than non-minority businesses. So spending money at Black-owned businesses is one way consumers can directly support Black communities.

Richardson says business was down because of the pandemic: The restaurant was operating at 20-30% of its capacity. Since the George Floyd protests, the restaurant is now at 50% capacity. It's a slight bump as more people try to support Black-owned businesses, but it's still down.

Jeremy Joyce is the founder of Black People Eats, a company that promotes Black restaurants. His team organized and hosted this Juneteenth restaurant celebration. 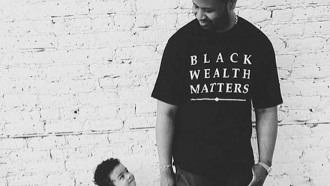 Joyce: "That really was the inspiration just to educate people on Juneteenth through food, because one of our model is food is culture. In a movement towards culture nowadays is through food. Food is universal. … And what better way to do that than Juneteenth?"

Nationwide, other Black-owned restaurants are celebrating Juneteenth in their own way. While customers are buying today, Richardson says, it's not just about supporting Black-owned businesses today, but in the future.

Equality is having the rights to do things that everyone else does. And then there's equity and equity is having a stake in the American dream. … We believe it builds a stronger country for all of us.