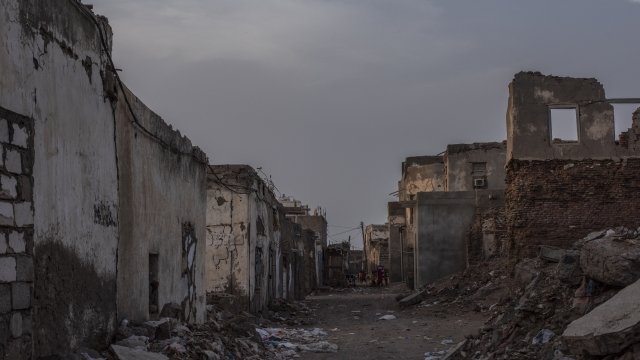 Warring parties in Yemen reportedly did not immediately stop their fighting after a cease-fire went into effect at midnight local time Tuesday.

Following U.N.-sponsored peace talks in Sweden earlier this month, the Saudi-backed government forces and Iran-backed Houthi rebels agreed for a partial cease-fire to be implemented in the city and port of Hodeida.

Hodeida is one of Yemen's largest cities and its main Red Sea port. Both the coalition and rebels agreed to pull their military out of Hodeida and allow the flow of humanitarian aid into the country. Imports of food, fuel and medicine for roughly two-thirds of Yemen's population reportedly enter the country through that port.

But pro-government sources and Hodeida residents told the AFP that clashes and air-raids between the two warring parties continued for hours after the ceasefire started Tuesday. Both parties reportedly stopped fighting around 3 a.m. local time.

The U.N. has called the situation in Yemen the world's worst humanitarian crisis, and some 22 million residents are reportedly in need of aid.

Another round of peace talks between the Saudi-led coalition and the Houthi rebels is scheduled to take place in January.