CDC Warns Romaine Lettuce Is Not Safe To Eat 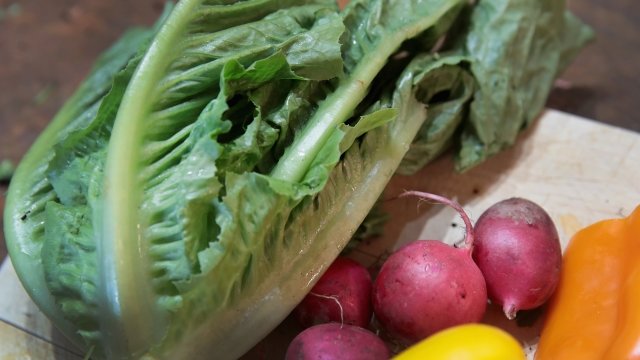 The Centers for Disease Control and Prevention issued an alert Tuesday warning consumers not to eat any type of romaine lettuce.

The CDC said there's been an outbreak of a strain of E. coli that likely stems from romaine lettuce. A total of 32 people in 11 states have gotten sick from eating contaminated romaine so far. Of those, 13 were hospitalized and one developed a type of kidney failure. No deaths have been reported so far.

People usually get sick within two to eight days of swallowing the bacteria. Symptoms generally include severe stomach cramps, bloody diarrhea and vomiting. Infections can be life-threatening, but most people get better in five to seven days.

The CDC advises everyone to stay away from any and all forms of romaine lettuce, including romaine in precut salad mixes, until it has finished its investigation. Consumers, retailers and restaurants need to throw out any romaine they may have and wash and sanitize any surfaces it's come into contact with.

The Public Health Agency of Canada also reported that 18 Canadians have been infected with the same strain of E. coli. There was another romaine-linked E. coli outbreak earlier this year, but the CDC says it's not related to this one.