CDC Finds U.S. Life Expectancy Is Up For First Time In Years 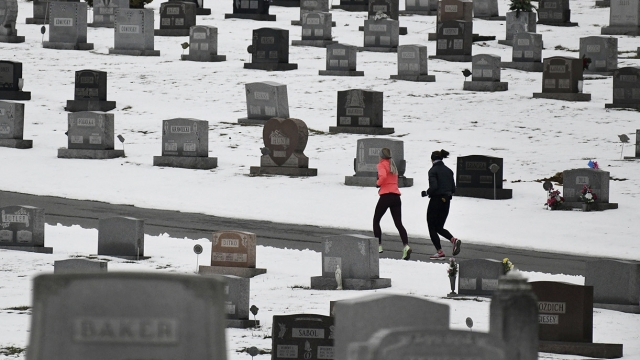 The U.S.' life expectancy has risen for the first time in years.

The CDC says people in the U.S. lived an average of one month longer in 2018 than in the previous four years.

As The Associated Press reports, the rise can be largely attributed to a decrease in drug overdose and cancer deaths.

Although heroin and prescription painkiller overdoses fell, the CDC says fentanyl, cocaine and meth overdoses rose. Municipal and state efforts are partly to thank for that: 14 states with high overdose death rates reported declines in 2018.

A researcher with the American Cancer Society said cancer rates dropped 2%, in part because fewer people are smoking and lung cancer treatment has improved.

The CDC says 2018 also saw an increase in deaths from the flu, pneumonia and suicide.

Additional reporting by Mike Stobbe of The Associated Press.