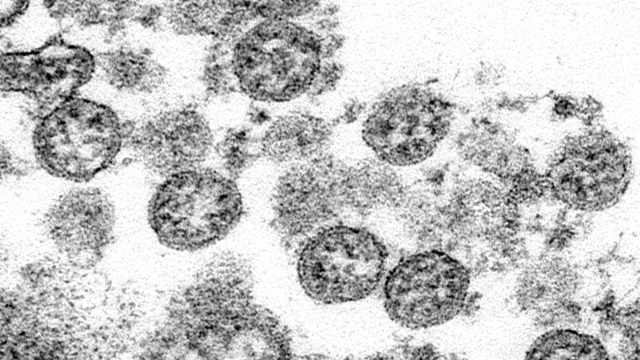 Doctors are calling it pediatric multisystem inflammatory syndrome, or PMIS.

The CDC is expected to issue a warning this week about a rare condition affecting children exposed to COVID-19, as new research emerges about the growing threat. The condition can cause inflammation in the skin, eyes and hearts of children.

"We have lost three children in New York because of this, 5-year-old boy, 7-year-old boy and an 18-year-old girl," he said Wednesday.

The father of 8-year-old Jayden Hardowar told Newsy what happened to his son just days after the child recovered from a COVID-19-related fever.

"He put his hands up with his mouth open and [his mother] started to see all here start to get blue," Roup Hardowar said.

"In about 3-4 seconds, [the older brother] was able to tell there's no pulse and he was already administering CPR.  The emergency responders got here very quick while they were on their way. My wife was in the room screaming, crying. You know, it was just just a scary situation for a good three minutes here. We were on our own trying to bring Jayden's life back," said the father.

Doctors say an abnormal immune overreaction to infection triggers this illness, which appears to be similar to a rare and dangerous condition called Kawasaki disease.

Symptoms may include fever and rash, red eyes, dry or cracked lips, red hands and feet, and swollen glands.

A quarter of children with the mystery illness have cardiac complications, but the condition is rarely fatal, if treated appropriately in the hospital.

New York has the highest number of suspected cases, but they are popping up all over the country and the world as awareness increases.

Patients "have been very ill, [with] high fevers for several days, vomiting, belly pain rash and swelling," Dr. Sheryl Cohen of New York's PM Pediatrics said. "They do test positive for COVID, they generally have a very mild course then several days later have these more extreme symptoms."

A new study from doctors in Italy identified nearly 30 suspected cases. Clusters have also shown up in Spain and London. But doctors are quick to point out that the vast majority of pediatric COVID-19 cases are very mild and unless children have underlying conditions, they are unlikely to get seriously ill.

“Parents should still be very reassured. The more data we get on COVID, the more we realize it does not affect children in the main. Children are the part of the population that least get COVID. If they get it, they're the least likely to have symptoms, and they probably are the least likely to transmit it. There's a very tiny proportion that gets severely ill,” "Dr. Russell Viner, President of Royal College of Paediatrics and Child Health said.

As for Jayden Hardowar, he’s home recovering now after three days on a ventilator and surgery to install a defibrillator to regulate his heart. He’s doing so much better, he’s been able to thank the first responders who helped save his life.

"I'm very excited because now he is home," his father said.