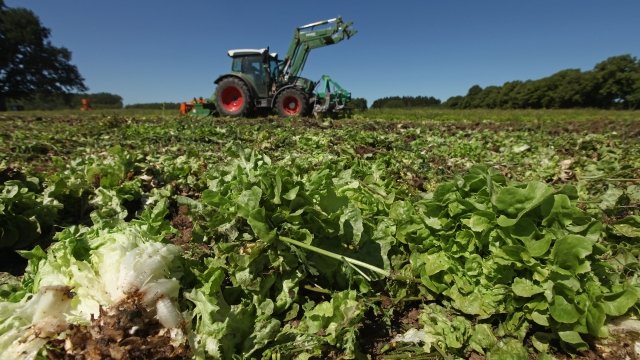 Health officials now think they know exactly where the most recent E. coli outbreak linked to romaine lettuce is coming from.

The CDC says investigators discovered the specific E. coli strain in an irrigation reservoir on a farm in Santa Barbara County, California.

Officials think there's a decent chance some of the tainted lettuce is coming from other farms.

But as long as consumers stay away from romaine lettuce grown in the Central Coast region, the agency says they should be good to eat Caesar salads again. Though if romaine in stores doesn't have a label, it's best not to buy it — just in case.

At least 59 people across 15 states have gotten sick with that strain of E. coli most likely related to eating romaine lettuce. The CDC said almost two dozen of them have been hospitalized, but no one's died from the outbreak. In Canada, the same outbreak has sickened at least 28 people.