CDC Study Finds Americans Are Living Longer Than Ever Before 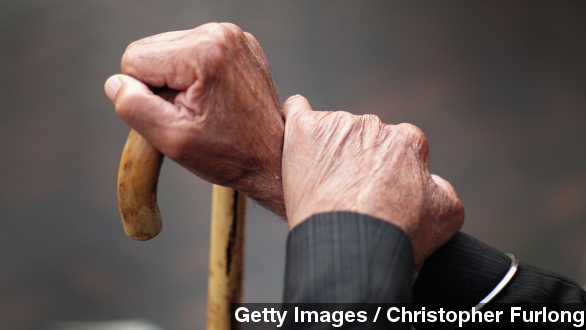 SMS
CDC Study Finds Americans Are Living Longer Than Ever Before
By Jake Godin
By Jake Godin
October 8, 2014
A new study by the Centers for Disease Control and Prevention says the average life expectancy of Americans has increased.
SHOW TRANSCRIPT

This story is an oldie, but a goodie. Americans are living longer than ever.

According to a new report from the Centers for Disease Control and Prevention, babies born in 2012 will live to be 78.8 years old on average — a new record.

While that’s only 0.1 years up from 2011’s count, it’s a lot longer than the average life expectancy of an American born in 1930. Back then, people were only expected to live 59.7 years.

And the data’s not just for newborn’s either. The study notes folks 65 and older can expect to live another 19.3 years — so around 84 years or so.

But this isn’t to say the U.S. reigns supreme in lifespan — it doesn’t.

The World Health Organization put Japan at the top in 2012 with an average of 84 years. The CIA’s 2014 World Fact Book says the city-state of Monaco currently has the highest average at 89 years.

Regardless of where your data is coming from, most of the countries ahead of the U.S. in life expectancy are European, with some Asian countries holding some spots too.

But what’s to credit for this increase in life expectancy? What can we look at and say, “Hey, thanks for making me live longer.”

Well the CDC chalks up this most recent record to reductions in deaths from heart disease, cancer or stroke.

But while advances in medicine have helped recently — it turns out life expectancy was on the rise before things like vaccines or antibiotics were made more widely-available.

In 2013, Slate did a week-long series on longevity in the U.S. and found a multitude of earlier factors — things such as cleaner drinking water and better standards of living — jumpstarted longer lives.

This most recent report by the CDC also found that women tend to outlive men, something the lead author told USA Today could be attributed to genetics and men taking more risks.

This video contains images from Getty Images and an image from the Library of Congress.