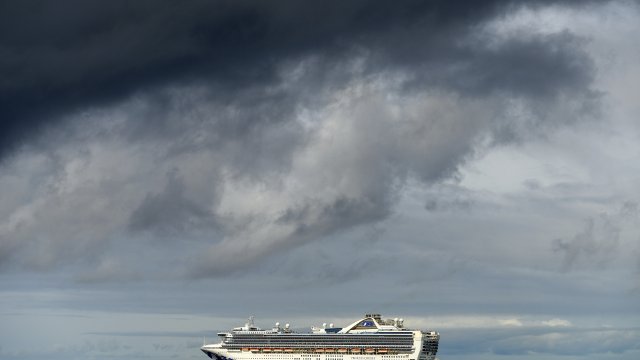 SMS
Cruise Ships Okayed To Resume Voyages Under New CDC Guidelines
By Alex Arger
By Alex Arger
October 31, 2020
The companies will need to prove they have the right procedures for testing, quarantining and isolating passengers and crew before sailing.
SHOW TRANSCRIPT

The CDC issued new rules on Friday that will require ship owners to test all passengers and crew twice at the start and at the end of all voyages, which will be limited to seven days.

The companies will need to prove they have proper procedures for testing, quarantining and isolating passengers and crew, including having test labs on all ships. To prepare, they'll also have to conduct simulated voyages with unpaid volunteers playing sick passengers.

The no-sail order's latest renewal was set to expire Saturday. The CDC originally wanted to extend the order until February, but the White House blocked the attempt because of its effect on Florida's tourism industry. With the CDC's new guidelines, the order will end, but it still could take months for the requirements to be put in place and for ships and passengers to be back on the water.

The CDC ordered cruise ships to stop sailing after multiple outbreaks in mid-March stirred fears they were hot spots for spreading the virus. An outbreak on the Diamond Princess ship resulted in more than 700 cases and nine deaths, and The Grand Princess had at least 159 cases and eight deaths.