The CDC Says Flu Activity Levels Are High In 19 States 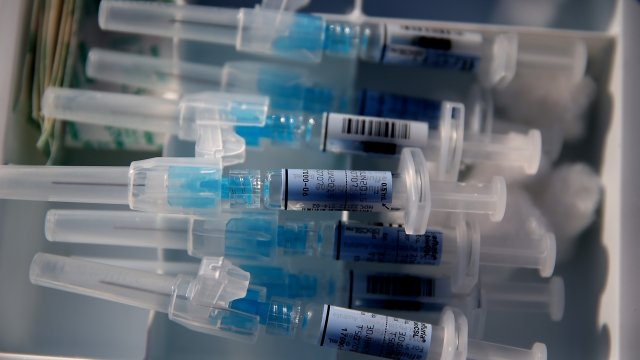 The number of states reporting high flu activity has more than doubled in a week, according to the CDC.

The most recent data from the agency shows 19 states have high activity levels, with 13 reported pediatric deaths so far.

CDC experts say it's too soon to tell just how severe this year's influenza outbreak might be, but there might be a positive outlook on the situation.

That's because the the current strain that's spreading, H1N1, usually responds better to vaccination. And so far, virus infections haven't gained as much speed as last year.

You might remember that the 2017-2018 flu season was the deadliest on record for children, excluding pandemic seasons. About 80 percent of those deaths happened in children who hadn't gotten a flu shot.

It was also one of the deadliest flu seasons overall in decades, with 80,000 flu-related deaths last winter.

Part of the issue was that the vaccine was about 40 percent effective, which is on the low side for the vaccination.

Federal health regulators worked to make this year's flu shot a better match for the viruses likely to be circulating. The nasal spray vaccine was also brought back as a recommended option.

The CDC recommends the flu vaccine for everyone ages 6 months and older.