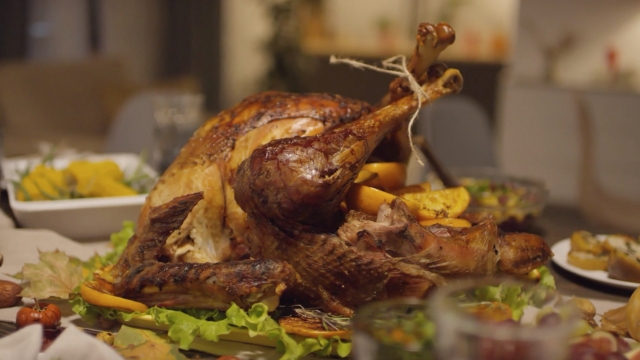 Just over two weeks to what's usually the busiest travel day of the year.

"People who are asymptomatic can spread the virus," epidemiologist Waleed Javaid said.

"If you go to a gathering like that, you see that, unfortunately, more than a few times, that people come back, they end up being positive," Javaid said.

The CDC says virtual holidays may be best. With 10 states reporting ICU beds at least 80% full, outbreaks from holiday gatherings could send them over capacity.

"If everybody can understand that chain of transmission and take their own personal responsibility for their place in that chain, then we can get control over it," Dr. Thomas Huth, Reid Health vice president of medical affairs, said.

Sixty percent of Americans told Travelocity they aren't traveling to see friends and family this year. But airlines are adding thousands of flights, anticipating a demand surge. United Airlines said it expects Thanksgiving week to be its busiest since March.

"There is no good way of doing this," Javaid said. "Like, would you quarantine for 14 days before and 14 days after? That is a month. It’s not a real easy possibility."

Projections had the U.S. logging more than 1,500 deaths a day by Thanksgiving. But new numbers show we're already there.

"If the traveling family or the host family all get tested within a few days before Thanksgiving, whenever people are going to arrive, you've done a great service to managing the risk with your family," said Will Humble, former director of Arizona Department of Health Services.

Health officials hoping dire warnings will keep the holidays from being a match in a tinderbox.

"We will have to look at whether we can continue to support the elective surgeries and so forth," Huth said. "And I don't want to cause alarm or panic, but we're running out of options."