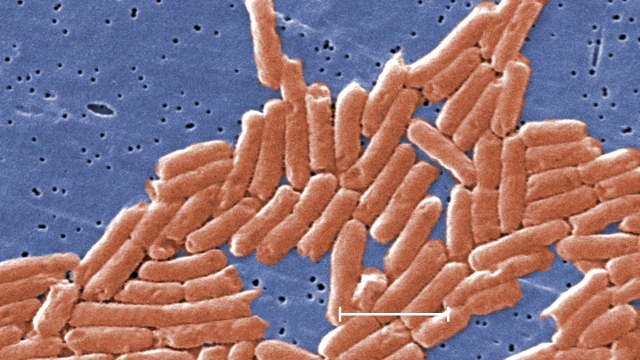 The CDC says infections were linked to Mexican-style soft cheese obtained in Mexico and beef obtained in the U.S.

On Thursday, the CDC warned of a dangerous "emerging" strain of salmonella that may be resistant to treatment.

Salmonella Newport infected more than 250 people from June 2018 to March 2019.  Sixty of those infected were hospitalized, and two people died.

The CDC says the Newport strain did not respond to the antibiotics commonly prescribed for salmonella. That's bad news because while most salmonella cases clear up without medication, severe infections do require antibiotics. The agency says 89 of the 255 people infected had recently traveled to Mexico and that it's linked the strain to certain soft cheeses obtained in Mexico and beef obtained in the U.S.

The CDC says avoiding the unnecessary use of antibiotics in cattle, especially antibiotics that are used to treat human infections, could help prevent the spread of the new strain. The agency also says more investigation is needed to determine the prevalence of the strain in American and Mexican cattle, as well as to find ways to stop its spread among cattle.

The CDC says to prevent infection, consumers should stay away from soft cheeses that may be made with unpasteurized milk. When cooking beef, they should use a thermometer to make sure beef steaks and roasts reach an internal temperature of 145 degrees Fahrenheit and that ground beef is cooked to 160 degrees Fahrenheit.