CDC Says E. Coli Outbreak Linked To Romaine Is Over 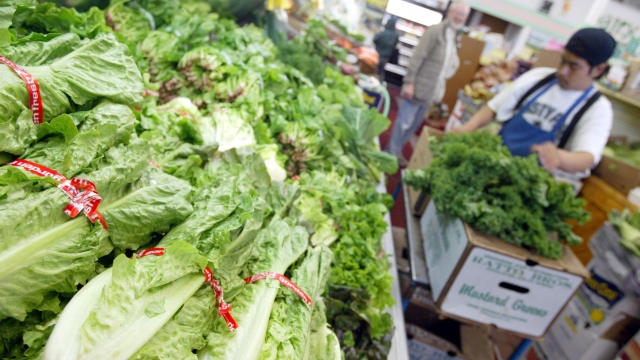 SMS
CDC Says E. Coli Outbreak Linked To Romaine Is Over
By Katherine Biek
By Katherine Biek
January 10, 2019
Health officials said that all potentially tainted lettuce should no longer be available on store shelves.
SHOW TRANSCRIPT

Health officials say the recent E. coli outbreak linked to romaine lettuce "appears to be over."

The CDC announced Wednesday that all potentially tainted lettuce should no longer be available on store shelves.

The public was first alerted to the outbreak in November — it was one of two E. coli outbreaks linked to romaine last year.

After initially advising people to not eat any of the lettuce, the CDC and FDA traced the contaminated produce to the Central Coast growing region in California. Investigators ultimately discovered the specific E. coli strain in an irrigation reservoir on a farm in Santa Barbara County.

As of Wednesday, 62 people across 16 states and the District of Columbia had gotten sick from the E. coli strain. The same outbreak also sickened more than two-dozen people in Canada.