The CDC Says A Salmonella Outbreak Might Be Linked To Kratom 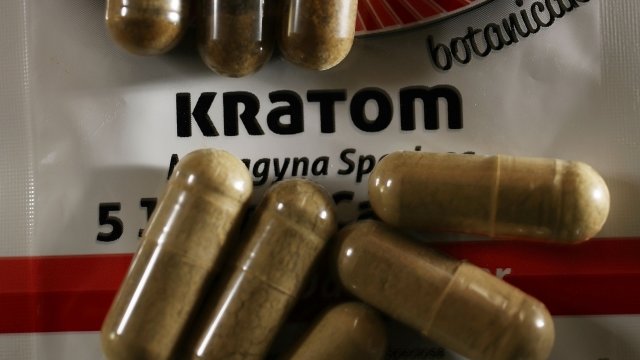 Kratom, which the FDA classifies as an herbal supplement, may be linked to 28 cases of salmonella.

The Centers for Disease Control and Prevention says products made from the kratom plant may have caused an outbreak of 28 salmonella infections in 20 states.

The kratom plant's leaves can be made into a tea, chewed, smoked or ingested in pill form. People often consume kratom not only for its stimulant effects, but also as a substitute for heroin or other drugs to treat opioid addiction.

Earlier this month the commissioner of the Food and Drug Administration warned the public about using what it classifies as an herbal supplement, saying "there is no evidence to indicate that kratom is safe or effective for any medical use." In 2016, the Drug Enforcement Administration tried but failed to classify the plant as a Schedule I Controlled Substance.

In the meantime, the CDC says because the source of salmonella contamination has not been identified, kratom should not be consumed in any form.