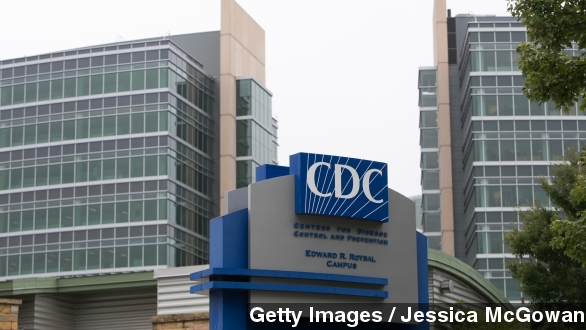 Following severe criticism from politicians, pundits, and healthcare workers, the Centers for Disease Control and Prevention have issued stricter guidelines about how healthcare workers should protect themselves from the Ebola virus.

The new guidelines focus on improving and standardizing Ebola response training in hospitals across the country. The CDC recommends healthcare workers routinely practice to familiarize themselves with protective gear. Anyone who comes in contact with an Ebola patient shouldn't have any skin exposed, and should be be supervised by a trained monitor.

The CDC's previous guidelines were meant to be flexible, according to the agency. But after two nurses became infected while treating Ebola patient Thomas Duncan, those guidelines came under some serious scrutiny.

CHRIS HAYES VIA MSNBC: "There is no question, I think, that they underestimated the difficulty or the danger to front-line healthcare workers."

NATIONAL NURSES UNITED CO-PRESIDENT JEAN ROSS VIA C-SPAN: "From the nurses point of view, there really was no protocol."

The CDC's new guidelines are based on those regularly used by Doctors Without Borders in Ebola-stricken countries like Liberia, Sierra Leone, and Guinea, adapted for a U.S. hospital setting.

But those new guidelines will only be effective if they're followed — and as one analyst told CNN, the CDC doesn't have the authority to mandate its recommendations in private hospitals nationwide.

DR. IRWIN REDLENER VIA CNN: "It is a scientific body that issues guidelines, but the actual implementation happens on a local level. ... It's a national resource, the CDC, but it's not a national implementer, and that's really up to the local authorities."

The new guidelines come just as 43 people in Dallas who came in contact with Duncan were declared free of any Ebola risk. The CDC and the Pentagon are both prepping rapid response teams for any future Ebola infections.