Suicide Rates Are On The Rise In Most US States 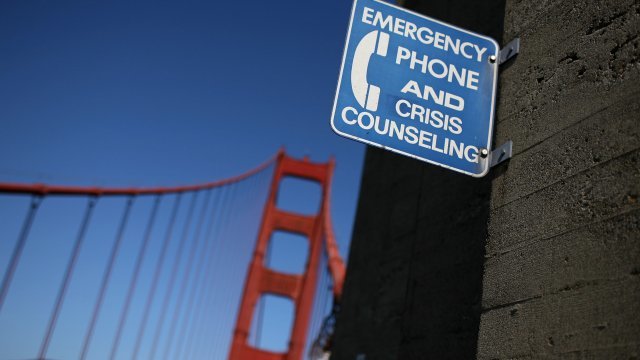 SMS
Suicide Rates Are On The Rise In Most US States
By Austin Kim
By Austin Kim
June 7, 2018
The CDC released a report showing an increase in suicide rates in 49 states.
SHOW TRANSCRIPT

The suicide rate in America is climbing, with almost every U.S. state showing an increase from 1999 to 2016. That's according to the latest report from the CDC.

Nevada was the only state that saw a decrease in its suicide rate, and even then its rate was high. But 25 states saw an increase of 30 percent or more in that same period, with North Dakota showing the largest jump in suicides with an increase just below 58 percent.

A CDC official told CNN the problem is only getting worse. About 45,000 people took their own lives in 2016 alone.

The report found 54 percent of the people who died did not have a known mental health diagnosis. And the data shows suicides aren't always caused by one single factor. In fact, factors that may have contributed to suicide may include relationship issues, financial problems or stress at work.