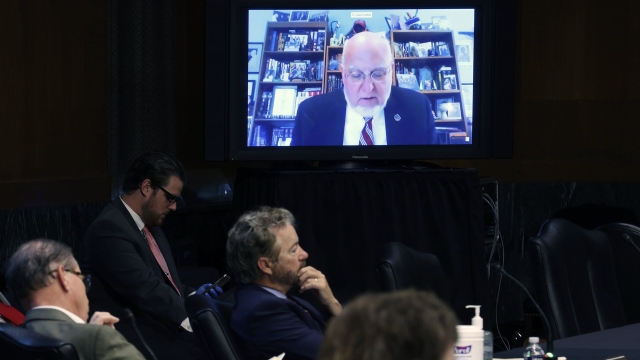 SMS
CDC Guidelines More Detailed Than Trump Administration Reopening Plan
By Caitlin Baldwin
By Caitlin Baldwin
May 13, 2020
The CDC's 63-page guidelines include recommendations on how to safely reopen businesses but were described by one GOP senator as "over prescriptive."
SHOW TRANSCRIPT

The Centers for Disease Control and Prevention's guidelines to reopen states was more detailed and restrictive than the White House's plan.

The Trump Administration refused to publish the plan — which was supposed to go out earlier this month. Details of the plan were obtained and published Wednesday by the Associated Press.

The guidelines include a coordinated national response with recommendations on how to safely reopen businesses and restaurants. It also included guidance on when to shut them down during future COVID-19 flare ups.

CDC Director Robert Redfield told a U.S. Senate committee on Tuesday that the agency's 63-page guidelines would be released "soon."

On Wednesday, a Senate resolution to immediately release the guidance to the public was blocked by Republicans. Senate Minority Leader Chuck Schumer said in order to reopen states safely, “Americans need and must have the candid guidance of our best scientists, unfiltered and uncensored by President Trump.”

But Sen. Mike Braun, a Republican from Indiana, called the CDC's guidelines "over prescriptive" and said they were being used politically to "shutter the economy."