CDC Says It May Have Found Culprit In Vaping-Related Illnesses 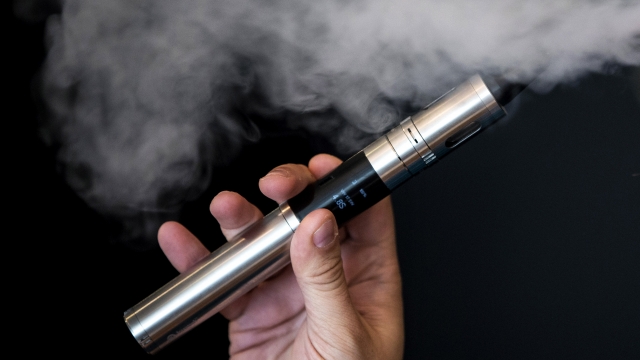 SMS
CDC Says It May Have Found Culprit In Vaping-Related Illnesses
By Ahmed Jawadi
By Ahmed Jawadi
November 8, 2019
​Investigators tested lung fluid samples from 29 patients in 10 states and found vitamin E acetate in all of them.
SHOW TRANSCRIPT

Health officials say they may have found the culprit behind the recent nationwide outbreak of vaping-related lung injuries.

According to a report from the Centers for Disease Control and Prevention, vitamin E acetate found in bootleg THC vape products could be to blame. Investigators tested for a range of chemicals in lung fluid samples from 29 patients in 10 states. Vitamin E acetate was found in 100% of the samples, and nearly all of the patients had reported vaping THC.

Previous tests by federal and state agencies have also found significant amounts of the compound, particularly in black-market THC vape products. Officials say the oil is used as a cutting agent or additive in these products.

Vitamin E acetate is found in many food and skin care products, and there's no evidence that it's harmful when swallowed or applied to the skin. But health officials say when it's heated and inhaled, it appears to cause all sorts of respiratory problems. Although the CDC called the test results a "breakthrough" in its investigation, it said it's still too early to rule out other potential substances, as there may be "more than one cause of this outbreak."

The CDC has received more than 2,000 reports of vaping-related lung injuries across 49 states and confirmed 39 deaths. President Donald Trump told reporters Friday that his administration will "be coming out with something ... very important on vaping" next week, including possibly raising the vaping age to 21.