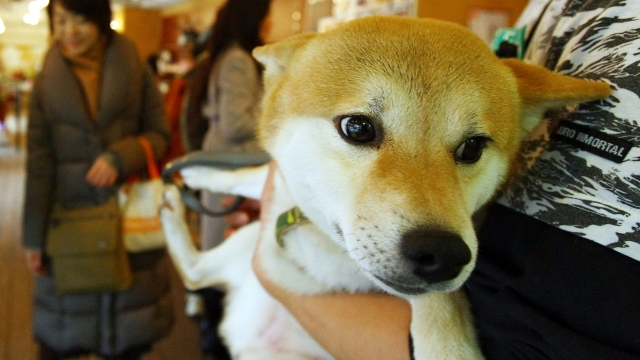 SMS
CDC Links Pet Store Puppies To Antibiotic-Resistant Outbreak
By Ahmed Jawadi
By Ahmed Jawadi
December 18, 2019
The CDC said ​it's received reports of 30 people across 13 states being infected with a multidrug-resistant strain of bacteria.
SHOW TRANSCRIPT

The CDC says pet store puppies may be to blame for a multi-state infection outbreak among humans.

The agency said Tuesday it's received reports of 30 people across 13 states being infected with a multidrug-resistant strain of bacteria. Symptoms include diarrhea, fever and stomach cramps, which usually last for about a week. The CDC said four people have been hospitalized due to the illness, but no one has died.

In its ongoing investigation, the CDC said growing evidence seems to "indicate that contact with puppies, especially those at pet stores, is the likely source of this outbreak." The agency said of the 24 people it interviewed, 21 said they'd had contact with a puppy, with 15 of them having done so with a puppy from a pet store. Twelve of those 15 people "were linked to Petland, a national pet store chain."

In a statement from earlier this week, Petland said it "takes the health and welfare of our employees, our customers and our pets very seriously," adding that "more than one-third of the cases" have been found in people living in states where it doesn't have stores.

The CDC is advising pet owners to always wash their hands after handling a puppy or its food, as well as cleaning up after them. It also recommends taking a new puppy or dog to a veterinarian for a check up a few days after bringing it home.