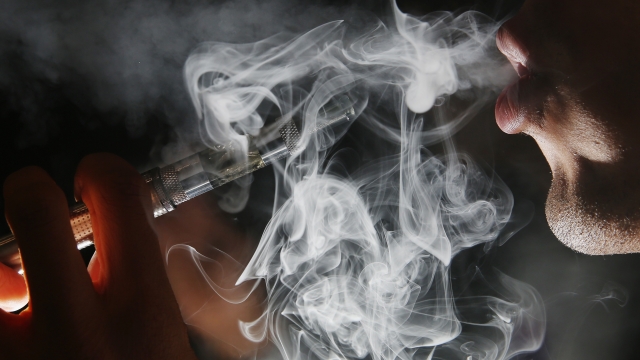 The CDC is investigating after a survey found more than 120 cases of lung disease or injury that could be linked to vaping, primarily among teenagers and young adults.

CNN surveyed state health departments and found over a dozen states had identified these cases. Wisconsin had the most confirmed cases at 15, and it's investigating 15 more. Illinois and Indiana have confirmed 16 cases between them, and California, New York and New Jersey are each investigating several potential cases as well.

Health officials in multiple states are still trying to determine if there's a connection between the cases. They said it's unclear if vaping definitively caused these illnesses, which have left multiple people hospitalized. But a variety of substances in e-liquids are concerning to health experts, who say they may harm cells or contain dangerous chemicals. Some counterfeit products, which may contain other additives or ingredients, have also hit the market, although it's unclear if those play a role in these cases.

Its ongoing investigation has found 94 possible cases of severe lung illness associated with vaping, 30 of which were in Wisconsin. The other 64 cases were across 13 other states and were reported from late June to mid-August. The CDC has urged doctors to collect samples and ask patients about the devices, liquids, refill pods and cartridges they may be using to vape.

Back in April, the FDA investigated seizures among e-cigarette users. While e-cigs are mostly thought to be safer than traditional cigarettes, their long-term and short-term effects are still uncharted territory.