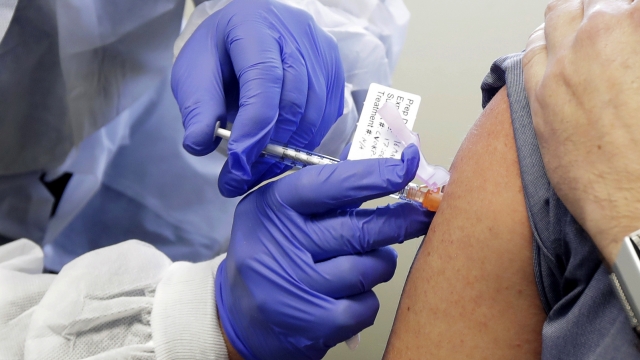 Coronavirus vaccination numbers in the U.S. are far lower than promised.

The CDC's most recent count indicates more than 2.5 million people have received the first dose since Dec. 14. But over 1 million people a day should have been getting vaccinated to reach the government's goal of getting 20 million Americans vaccinated by the end of December. Looking at the data, that’s not going to happen.

"We certainly are not at the numbers that we wanted to be at the end of December," Dr. Anthony Fauci, the nation's top infectious disease expert, said.

Officials are blaming the vaccine lag on the holidays.

"I do think that that has impacted a little bit of the rollout of the campaign."

Dr. Nancy Messonnier, who leads the CDC's immunization and respiratory diseases department, says the system is lagging behind but that she expects vaccinations to jump rapidly next week.

The CDC says it's trying to update its vaccine tracker three times a week, except on holidays. That could change in January — moving to a daily update if things run smoothly.