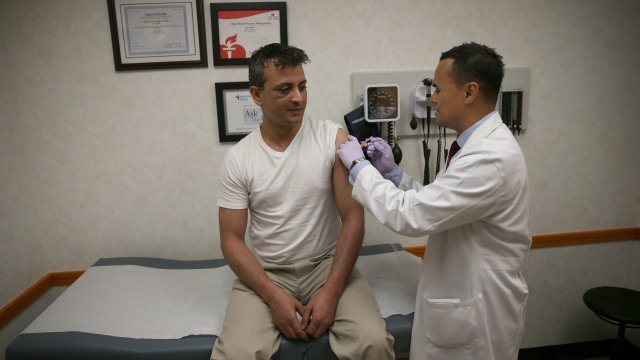 This year's flu season has finally peaked, according to the Centers for Disease Control and Prevention, but it's not over quite yet. A CDC spokeswoman said there are "many more weeks of flu season to go."

The CDC still recommends getting a flu shot, especially if the virus is still going around in your area.

On Thursday, the U.S. Food and Drug Administration began working on the 2018-19 flu vaccine, striving to make it more effective.