CDC: Flu Activity Is Down, But The B Strain Virus Is Making Rounds 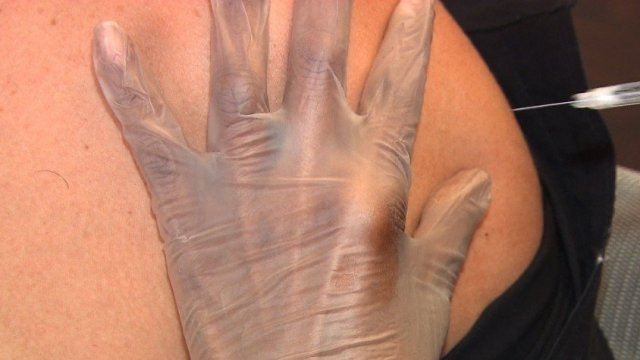 SMS
CDC: Flu Activity Is Down, But The B Strain Virus Is Making Rounds
By Cristina Mutchler
By Cristina Mutchler
March 23, 2018
The CDC says flu activity as a whole is declining across the U.S., but there's a second wave of the B strain virus happening right now.
SHOW TRANSCRIPT

Flu activity overall is dwindling across the United States, but the Centers for Disease Control and Prevention warns there's a different strain of the virus still circulating.

Influenza B cases dominated the CDC's latest report, a strain the agency says can be more severe for children. Earlier in the flu season, influenza A H3N2 was more predominant, according to a CDC spokeswoman. While it's not unusual to see a second wave of the virus, experts won't know how severe it'll be until more data becomes available.

In addition, five more flu-related pediatric deaths were reported, bringing the total number for the season to 133.

The flu remains widespread in 17 states, which is why the CDC recommends a flu shot for people in those areas. It also cautions that it's possible to get sick with different strains of the virus in the same season.