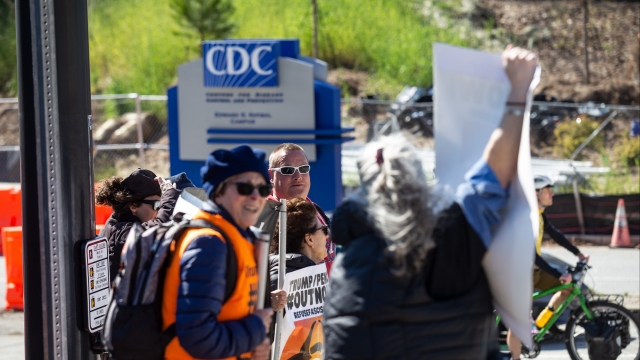 SMS
CDC Employees Accuse Agency of 'Acts Of Racism'
By Bailey Vogt
By Bailey Vogt
July 13, 2020
More than 1,000 workers are calling for the end of a "toxic culture" at the federal health agency.
SHOW TRANSCRIPT

More than 1,000 CDC employees have signed a letter calling for the end of discrimination against Black workers at the health care agency.

In a letter to CDC Director Dr. Robert Redfield posted by NPR,  the employees criticized what they called "ongoing and recurring acts of racism and discrimination" in their workplace.

In the letter, the employees say: "In light of the recent calls for justice across this country and around the world, we, as dedicated public health professionals, can no longer stay silent to the widespread acts of racism and discrimination within CDC that are, in fact, undermining the agency's core mission."

The employees described an "old boy/girl network" that promotes White workers over Black ones and accuses the CDC of a "pervasive and toxic culture of racial aggressions." The letter taps into the energized efforts nationwide for racial justice in the wake of the killing of George Floyd in Minneapolis.

They wrote: "Systemic racism is not just a concept perpetrated outside these walls. It is a crushing reality for people of color in their daily lived experiences here at CDC."

Among the employee demands is that the agency should officially declare that racism is a public health crisis.

A CDC spokesperson told NPR that the Atlanta-based federal agency embraces diversity and that Director Redfield responded to employees about the concerns that were raised. The 1,000 signers represent about 9 percent of the CDC's workforce.