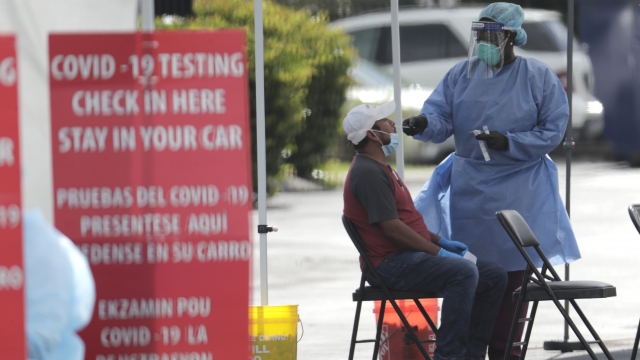 SMS
CDC Drops Advice Discouraging COVID-19 Tests If No Symptoms Are Seen
By Peter Hecht
By Peter Hecht
September 18, 2020
The New York Times reported that COVID-19 advice added to the CDC website was neither written nor approved by agency scientists.
SHOW TRANSCRIPT

The Centers for Disease Control has dropped controversial advice on COVID-19 testing that seems to discourage people from seeking tests unless they're feeling sick.

The New York Times reported Thursday that the advice posted on the CDC website was neither written nor approved by CDC scientists. The Times reported it was inserted by Trump administration officials with the Department of Health and Human Services.

The guidance said people who had close contact with others who were infected wouldn't have to get tested if they didn't have any symptoms.

But now the CDC site is clearly instructing those people to get tested. In a statement Friday, the agency said it was clarifying the advice because the virus can be spread whether people are showing symptoms or not.