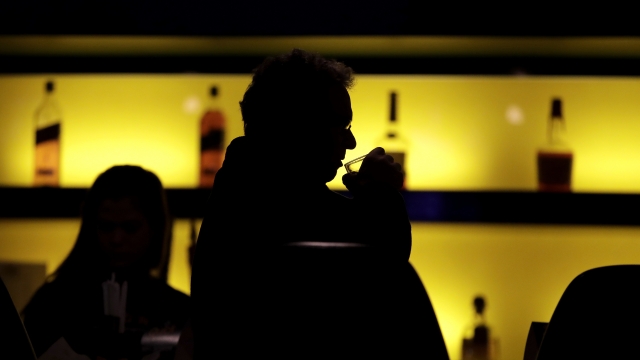 A glass of wine, a beer, a cocktail — it's so commonplace, you don't think twice about it. But how much alcohol is too much?

According to new government data, it's time for everyone to be more mindful.

The CDC found alcohol-induced deaths jumped 26% between 2019 and 2020, killing more than 49,000 people during the first year of the pandemic.

Alcoholic liver disease was the leading cause of alcohol-induced deaths, followed by mental and behavioral disorders due to use of alcohol.

"A lot of times we think alcohol, because it's legal or because it's socially acceptable, is less risky or less dangerous to our body. But it's really not, it's a very harmful substance," ECMC Family Health Center Associate Medical Director Dr. Michael Cummings said.

Naltrexone is already FDA approved, but not as an implant. Options are being studied and if all goes well, one could be greenlighted in 2024.

Overall, the death rate increased across most age groups for both men and women.

Another recent CDC study found that roughly 1 out of 5 deaths of U.S. adults ages 20 to 49 is attributable to excessive drinking.

The study authors say that makes alcohol a leading cause of preventable death.

"So, these are things where people really need to be able to assess: 'Do I have an issue and is it something I actually get treated for?'" Cummings said. "And how do you know that? Particularly when you start having specific problems with child care, with relationships, with work, with health, when you start missing things or skipping things because of alcohol use."

Experts say the best way to handle alcohol abuse is to act immediately.

"We know if we intervene early with someone with a substance use disorder, their outcomes improve," Vandermark-Murray said.