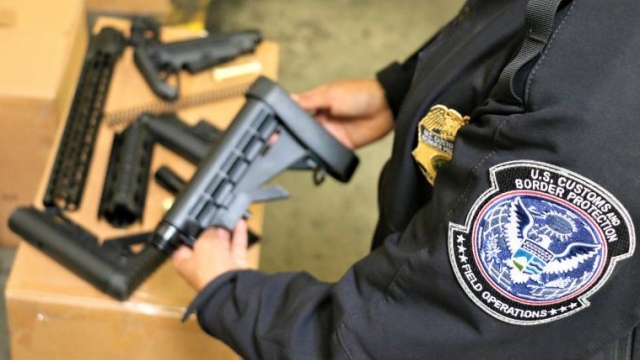 All of the parts came from China, meaning they violated the longstanding arms embargo against China and other countries.

According to a press release from U.S. Customs and Border Protection, the seized parts included sights, muzzles, buffer kits and grips, and had an estimated value of $378,000.

The seizure could be viewed as either good or bad news for California, which is trying to crack down on so-called "ghost guns". Those are weapons made from old gun parts — like the ones seized — and that are completely untraceable. That allows people to build and keep unregistered guns.

CBP told CNN the shipments were being sent to a legitimate U.S. firearms retailer and distributor who is being investigated. So far, no one has been charged in connection to the seizure, and there is no word on who shipped the parts to the U.S.