CBP: U.S.-Mexico Border Stops Up 'By A Small Percentage' In February 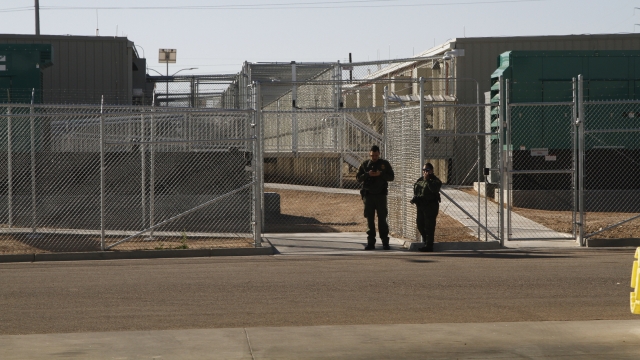 U.S. Customs and Border Protection reported Thursday that enforcement along the southwest border increased "by a small percentage" in February. Officials said the agency refused entry to more than 37,000 people attempting to cross at or between U.S. ports of entry.

That figure is up from roughly 36,600 in January. CBP said the increase last month was driven mostly by people from Mexico and "represents a dramatic reduction" compared to this time last year. Acting CBP Commissioner Mark Morgan described the numbers as a mark of "incredible progress," despite challenges at the border.

Morgan said: "What we continue to experience along the southwest border is really a multifaceted series of crises and threats, which stretches far beyond simply illegal immigration."

CBP officials said the Trump administration's so-called Remain in Mexico policy has bolstered the agency's efforts. The policy requires asylum-seekers to stay in Mexico, often in tent cities along the border, as they await their day in immigration court. Immigrant rights and civil liberties activists have decried the program as inhumane and illegal.

And that illegality was upheld Wednesday by a federal appeals court in San Francisco, which blocked enforcement of the "Remain in Mexico" policy in Arizona and California starting on March 12. The CBP argues such rulings compromise its efforts, but activists have vowed to continue fighting the policy.