CBP Agents Catch Group Of Hundreds Of Migrants In Arizona 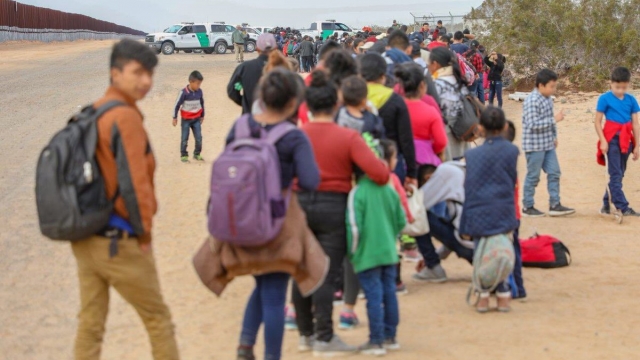 Border agents in Arizona recently captured hundreds of migrants, many of whom illegally entered the U.S. by tunneling under part of the border fence.

Customs and Border Protection said the group of 376 Central American migrants were caught on Jan. 14.

Officials released video and images of agents processing the migrants. They said almost all of them were families or unaccompanied minors.

CBP said the group dug seven holes under the border fence to enter the country.

Details weren't released until four days after the migrants were caught, which could be a consequence of the partial government shutdown. Customs and Border Protection is part of the Department of Homeland Security, which is one of the agencies subject to the shutdown.

CBP said the group surrendered to the agents. It wasn't immediately clear what will happen to these migrants.