US Deficit Could Surpass $1 Trillion Well Before Previously Estimated 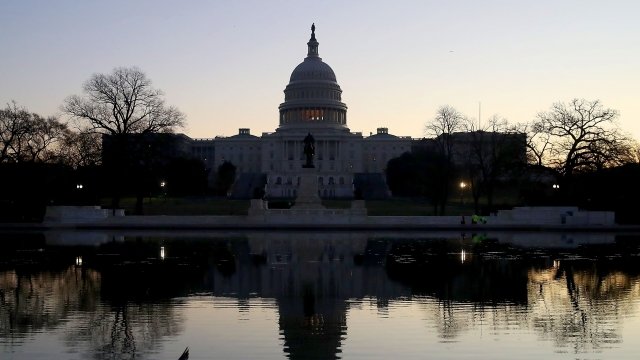 SMS
US Deficit Could Surpass $1 Trillion Well Before Previously Estimated
By Ethan Weston
By Ethan Weston
April 9, 2018
The new spending bill and tax cuts are at least partially to blame for the ballooning deficit.
SHOW TRANSCRIPT

America's deficit is set to grow to over $1 trillion by 2020 — two years earlier than previously thought — according to a new report from the Congressional Budget Office.

The steep increase appears to be the result of last month's spending bill and the tax cuts Congress passed in December.

The report does say the U.S. gross domestic product is likely to grow faster than previously thought this year.

But the CBO suggests the administration's promise that the tax cuts would pay for themselves seems out of reach. The agency says economic growth from the cuts is likely to only partially offset the deficit cost.