The US' Federal Debt Problem Might Get A Whole Lot Worse 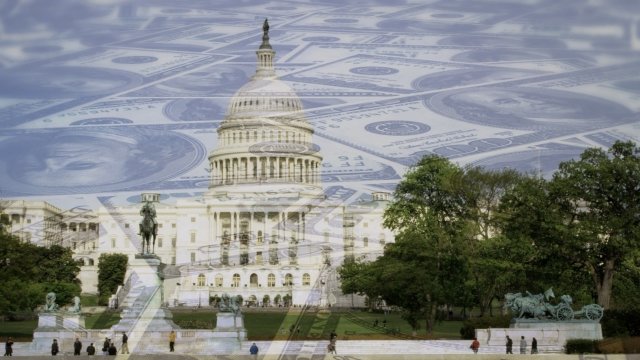 The CBO put out its estimate of the country's revenue and spending for the next 30 years. The agency says if current laws stay mostly the same, the U.S. is on track to have the worst debt-to-income ratio in the country's history.

The agency compared the country's gross domestic product — the value of the nation's economy — with the federal debt. Currently the government's debt equals 78 percent of the country's GDP. By 2048, the CBO says the debt is on track to be 152 percent of GDP.

Why does it predict such an imbalance? The report points to the aging population, which means the costs to fund Medicare and Social Security will go up. But during that same time, the nation's revenue is expected to be flat, largely due to the tax cuts passed in 2017.