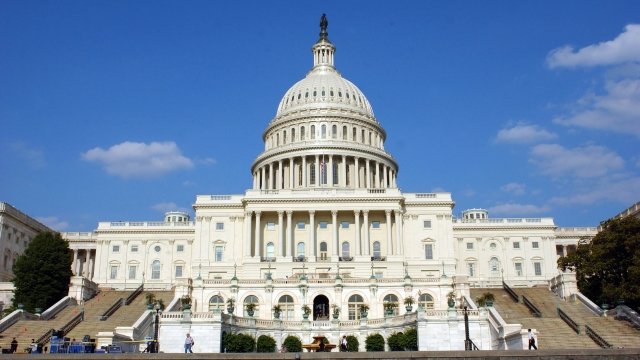 A Congressional Budget Office report from October had estimated the Children's Health Insurance Program could raise the deficit by over $8 billion.

A bill to fund the Children's Health Insurance Program might not raise the deficit nearly as much as previously thought.

That's according to a report out Friday from the Congressional Budget Office. The agency says the program could increase the deficit by about $800 million over about a decade.

That's more than $7 billion less than an October 2017 projection.

The agency says the big drop for the estimate is thanks in part to higher health insurance marketplace premiums because individual mandate penalties will end.

The program — which insures around 9 million children — began running out of funds in September.

December's short-term spending bill provided enough funding to get the program through March. But Republicans and Democrats can't agree how to fund the program long-term.