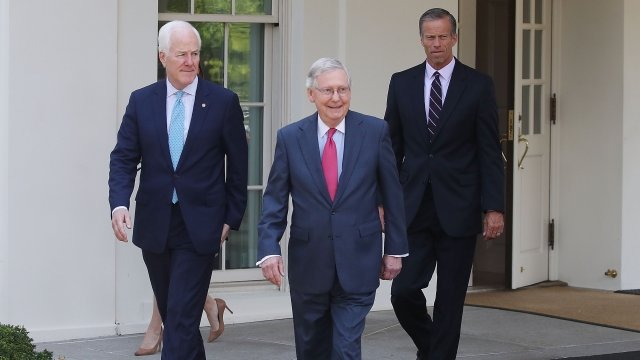 The Congressional Budget Office says the latest health care plan from Congress is the harshest yet — at least for the number of uninsured.

In its score of the Senate GOP's repeal-only plan, the CBO said an additional 32 million people would be uninsured by 2026.

The nonpartisan agency also estimated the repeal's effect on premiums. It says premiums would increase by 25 percent next year and that by 2026, they'd double in price.

But the repeal-only plan could be good news for the national budget. The CBO estimates it would reduce the deficit by $473 billion in the coming decade.

Opposition to the repeal-only plan from Republican senators was swift, effectively killing the bill before it even got off the ground.

And with the announcement of Sen. John McCain's brain tumor diagnosis, the fate of any health care legislation is unknown. His absence from the Senate means the GOP could only lose one Republican vote and still pass a health care bill.