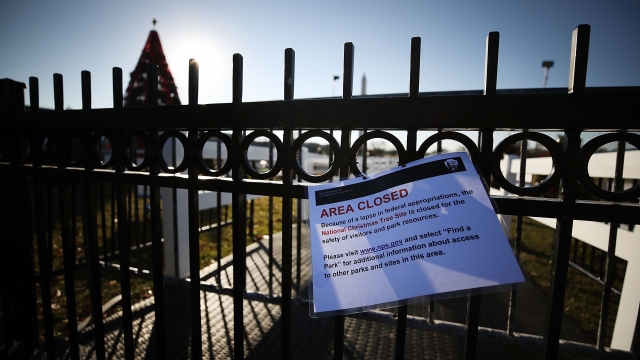 Government shutdowns have consequences, and now we have a better idea of how much the longest one in U.S. history cost.

The nonpartisan Congressional Budget Office released its estimated impact of the 35-day shutdown. It says the country's GDP took a $3 billion hit in final weeks of 2018. And the GDP for the first quarter of 2019 is expected to be $8 billion lower.

The agency didn't take into account what it calls "indirect negative effects" that are harder to put a number on. That includes things like the impact to a business that couldn't get a federal permit or someone who couldn't access a federal loan.

The CBO says most of those losses will eventually be recovered, but the agency thinks about $3 billion is permanently gone.

But these are just estimates. The CBO said its report is subject to "considerable uncertainty" because of the unavailability of some data and changes that happened during the shutdown.