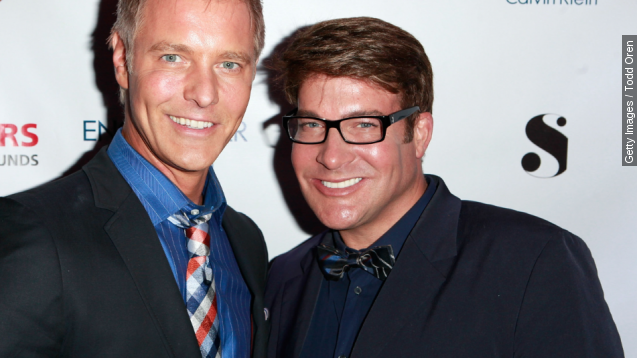 CBC personality and interior designer Christopher Hyndman has died. He was 49 years old.

Toronto police reportedly found Hyndman, co-host of the popular Canadian TV show "Steven and Chris," without vital signs in an alley not far from his home. (Video via Global News)

Hyndman and Steven Sabados, his partner, had hosted "Steven and Chris" since 2008. The two had previously worked together on HGTV's "Designer Guys" and "So Chic with Steven and Chris."

The Facebook page for Sabados and Hyndman's show posted a message saying, "We extend our deepest sympathies to Steven, family, friends and colleagues; our thoughts are with them all."

In the wake of Hyndman's death, the CBC has pulled "Steven and Chris" from its programming lineup.