Cavs Management Could Decide Whether Anderson Varejao Gets A Ring 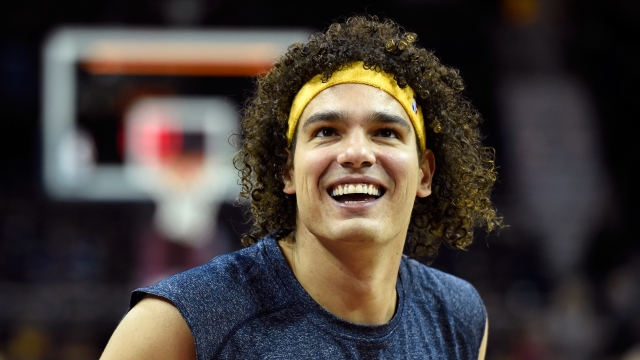 Warriors big man Anderson Varejao is making NBA history as the first to play for both NBA Finals teams in a single season.

What's less clear is whether he'll get a championship ring no matter the outcome.

Varejao already has a pretty good chance at winning a ring with the Warriors. According to ESPN's Brian Windhorst, "They have probably the best chance for Anderson to win a ring."

But then there's the idea floating around that Varejao is owed a ring if his old team, the Cleveland Cavaliers, win. Many sports outlets suggest whether Varejao gets a ring depends on Cavaliers management, since the NBA doesn't have any league-wide regulations on how to divvy out championship rings.

In February, the Cleveland Cavaliers traded Anderson Varejao — a 12-year veteran and a favorite among Cavs personnel — after 31 games this season.

If the Cavs beat the defending champs, owner Dan Gilbert could find it in his heart to say: "Hey, what the hell. Let's order one more ring for Andy!"

But Gilbert has been known to be a little petty. Take, for instance, his infamous 2010 open letter to fans aimed at LeBron James after "The Decision." It was written in Comic Sans and read, in part, "I personally guarantee that the Cleveland Cavaliers will win an NBA championship before the self-titled former 'King' wins one. You can take it to the bank."

Who's to say Varejao would even want a ring from his former team? After 12 seasons, he could be content with getting minutes on a team that recently beat a 20-year-old record for most wins in the regular season — but, then again, he'd probably still want the ring.

This video includes images from Getty Images and clips from the NBA, ESPN and CBS.